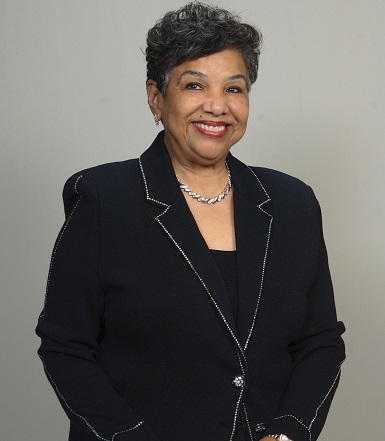 In March of 1985, Sis. Sheila Knight accepted the call into ministry. On December 3, 1986, she delivered her initial sermon from Romans 4:20-21, “Stagger Not at the Promises of God.” Early in her ministry, it was observed that Minister Knight was blessed with the gifts of Exhortation, Evangelism, and Birthing. In September of 1997, in pursuit of her passion for the education of children, Min. Knight completed her degree in Early Childhood Education. For the first time, she became a state licensed childcare provider.

In September of 2000, as an obedient servant, Minister Sheila Knight heard, accepted, and responded to the call to pastor. She founded Interdenominational Fellowship Ministries, Inc. (I.F.M.) On March 3, 2001, Minister Sheila K. Knight was ordained and installed as Pastor of I.F.M., through the Daughters of Rizpah, under (then), Evang. Jacqueline E. McCullough. During her Ordination service, Bishop Wayne Powell and Evang. Jacqueline E. McCullough served as her Co-Consecrators. Under the leading of the Lord, the ministry was later renamed to Greater Bethel Tabernacle, Inc.

In July 2004, the Lord blessed Pastor Sheila Knight and the congregation of Greater Bethel Tabernacle, Inc. to purchase the current property of 1515 Section Road. After surviving her own personal journey from brokenness to wholeness, the para-ministry, Women Who Overcame (W.H.O.) and the Mother Sarah West Housing Foundation was birthed in the heart and spirit of Pastor Sheila. These para-ministries aid women in transition; affording them the opportunity to maintain their dignity, integrity, and self-respect through their healing process.

Moreover, in 2007, Pastor Sheila became the recipient of an honorary Doctor of Theology degree, awarded by Grace Bible College, in Louisville, KY. Through the years, the ministry of Greater Bethel Tabernacle, Inc. continued to grow in grace and membership. Hungry souls were drawn to the anointed preaching of Pastor Sheila Knight. The commission of pastoring was a major undertaking; however, the Lord would soon send help.

In 2009, Pastor Sheila caught the admiration of Pastor Charles L. Benton. After courtship, the two were united in Holy Matrimony; and merged their ministries to become Greater Bethel Tabernacle, Inc. Pastor Sheila is the proud mother of one daughter, Ashley; who serves in ministry with her parents. Today, Pastors Sheila and Charles Benton continue to own and operate Bethel Christian Academy, Inc., a state-licensed childcare center and K-8 charter school.

Pastor Sheila K. Benton is the epitome of a visionary and Kingdom Builder. She is completely devoted to her assignment to build, train, equip, and mentor the next generation of Kingdom leaders and Remnant believers. She is an anointed “Gatekeeper” within the Kingdom of God, and a standard-bearer in this apostatized culture. She has been called, equipped, and commissioned of God, to lead His chosen people, and restore the Glory of the Lord back to the Lord’s Church.