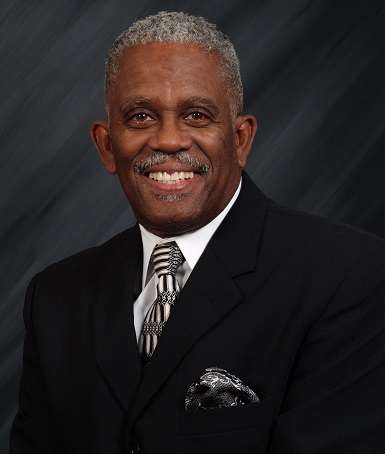 "In 1981, Min. Charles L. Benton was licensed as a minister by Bishop Timothy Smith, at Mt. Olive Holy Temple, located in Lincoln Heights, Ohio. He received biblical and ministerial training from the Bishop P.H. Brooks Theological Seminary in Detroit, Michigan. In 1994, Min. Charles was ordained by Bishop Robert L. Chapman of Cleveland, Ohio. Continuing in service, Elder Charles L. Benton, faithfully, served as a leader and continued his maturation under the pastorate of Superintendent Willie D. Mack of Christ Temple Church of God in Christ, in Hamilton, Ohio.

In 1996, he completed all required courses of the Chaplaincy Program in the State of Ohio and served as the Chaplain of the Lebanon Correctional Facility in Lebanon, Ohio. In February 2001, God called Eld. Charles Benton into the pastorate. In April of 2001, he founded Trinity Temple, which was later renamed, Breakthrough Christian Faith Ministries, in Forest Park, Ohio. Several ministries were birthed during this time, such as a Prison Ministry, Hospital, Rest Home, and Outreach.

In 2009, Pastor Sheila (Knight) caught the admiration and attention of Pastor Charles L. Benton. At the time of their introduction, Pastor Charles Benton was continuing in his service as Senior Pastor of Breakthrough Christian Fellowship Ministries. During their courtship, the two became engaged to be married. Accordingly, on the first Sunday in October, 2009, in conjunction with the Divine union of their pastors, the two ministries became one ---Greater Bethel Tabernacle, Inc.
Proudly, Pastor Charles Benton is the father of three children: two daughters, Simone and Brandi; and a son, Dayshawn. He is also the proud Grandfather of three beautiful grandchildren: a granddaughter, Armani; and two grandsons, Dionell and Jace.

Pastor Benton continues in his service unto the Lord. He and Pastor Sheila own and operate Bethel Christian Academy, Inc., a preschool and K-8 charter school. Through his ministry, God anoints him to candidly teach the uncompromised Word of God. He is also gifted in birthing souls into the Kingdom of God. Pastor Benton is a passionate mentor of men; teaching biblical principles and practical life application. He is a glaring example of a Godly man ---one who is entirely devoted to God, a husband who loves his wife, ‘even as Christ also loves the Church,’  and a ‘just father, who walks in integrity; his children are blessed after him.’